Leadership from the Heart 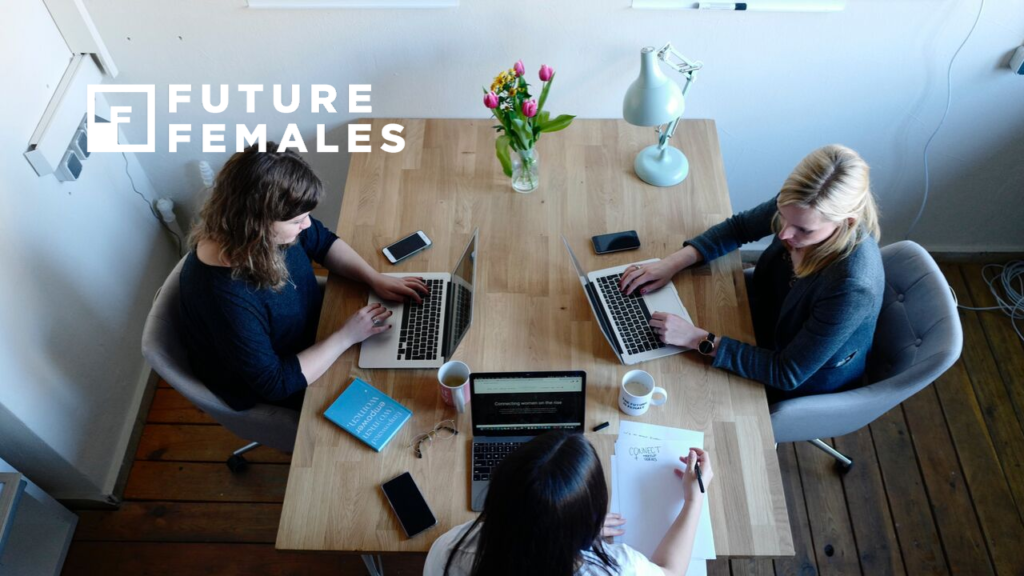 We need to put heart back into our leadership.

Leadership’s a verb – let’s use our hearts and intuition courageously.

Being in a position of leadership doesn’t mean you’re an effective leader. I can count on one hand the number of genuine leaders I’ve been blessed to work with.

Leaders build environments that allow creativity and freedom for their teams to thrive with purpose; combined with feeling valued for their contribution.

Leadership’s tough. It’s not for everybody but we can no longer ignore the impact we have on others, and the environment at large. Thankfully, we have shining lights as examples to follow and learn from.

I had the privilege to sit down and chat with Rachael Haley, a senior executive in the marketing team at Airbnb, about leadership and how it’s evolving.

She’s been leading a team of twenty at Airbnb and for the past four years has had zero staff turnover. And when someone leaves? They’ve been promoted within the company.

To put this into perspective, most of the high paced tech companies experience a staff turnover of around 23% compared with the 15% which is used as the benchmark for a ‘healthy’ staff turnover across all industries.

We can use 15% as a conservative way to measure her impact. She should’ve ‘lost’ three people each year. However, twelve people across those four years have been retained with their knowledge gained and relationships built; instead of hiring new people and starting from scratch.

For those that have needed to hire, you know what time goes into the process and it’s a pleasure to be able to share some insights into how she’s accomplished this.

It’s easy to get distracted by the shiny achievement of today without focusing on the journey to get there – here’s an interesting metaphor Rachael posed back to me using my climbs up Table Mountain last year as an example:

How much of your time on the mountain was spent at the top? The tiniest portion of the full journey, right?!

It’s that understanding of life’s journey that helps her to appreciate her current role and learn to grow for the next challenge.

Starting fourteen years ago in an Advertising Agency, she quickly worked her way up the ranks gaining leadership responsibility at each level. Leaving the advertising space, she moved into the dynamic and high-octane world of marketing for various major tech companies in San Francisco including Netflix, culminating with her current role at Airbnb.

Great leaders possess introspection & awareness that there’s always room to grow. She’s been astute and learning from leaders – both great and sh!tty ones – Incorporating what to do, what not to do; what’s effective and what’s divisive. More important in my eyes; is how she engages her team to understand them and their roles.

Rachael has a deep appreciation for the role women before her had in shaping her opportunities today. She takes her role seriously in expanding on what’s been paved before her; being a courageous leader today so future females can stand on her shoulders.

Take what you’ve learned and pass it on.

This is a key insight into her success: her focus is for the team to succeed and for each team member to feel their contribution.

The team’s success is judged by how they achieve the company’s outcomes. The individual’s success (in her eyes) is measured by their enjoyment factor; their fulfillment and their career aspirations, even if that ultimately means leaving her department.

Rachael took a 40% pay cut to join Airbnb – because the company aligned more with her values and purpose. Her drive is for impact; not just for herself but her team, the company and the environment at large.

This reflects in her leadership style.

If you can’t communicate effectively – you can have the best idea in the world and still flounder.

This stood out in our chat about her communication:

Communicating effectively with my team about company objectives is important. Just as important is communicating my teams needs back to the senior leaders. I’ve made it my mission to understand each of my members roles enabling me to fight for them as needed. Knowing the complexities of their capabilities and capacity gives me the confidence to push back on unrealistic timelines or requests in real time.

No wonder her teams intact four years later! Her humility sharing how team members excel above her in certain areas AND celebrates that is just as inspiring.

There are certain things my team does way better than me. My job is to mentor, elevate and support them so they can achieve their best. Most leaders think it’s their job to make decisions – I believe when my team’s operating at their very best, they actually make my decisions easier.’

It’s not just about fighting for her team like a mamma bear with senior executives, it’s how she conducts team meetings, too.

It’s our meeting to discuss the best way forward. Everyone gets an opportunity to share openly. Everyone knows they’re valued and heard. Each contribution is invaluable to the whole and it’s my job for them to feel that

I’ve heard about this technique. Its cultivating ‘what are we going to do’ versus ‘this is what I want you all to do’. When you give everyone time to shine, celebrate their success and share their wins both internally and externally, people feel authentically heard and appreciated.

Side note: Authenticity is a word others should always use about you – not as an adjective about yourself.

She’s building this with an open door policy – direct report or not.

One of my jobs it to effectively make myself redundant.

It’s a bold view – with high reward. I saw this belief in action. We had a mutual friend’s wedding in Spain recently. No surprises she found us the most phenomenal place to stay on Airbnb as well as organised an experience to visit the ‘Sagrada Familia’ – possibly the most incredible cathedral I’ve been blessed to see.

She had a big campaign launching while away – and didn’t even take her laptop with her.

Well, if the department comes to a standstill while I’m away – what does that say about my ability to lead if my team flounders in my absence?

Are there double standards for men compared to women in leadership? Not all the time but it exists more than it should.

Rachael has a great way of dealing with this. She recognizes it, but doesn’t give it power – instead choosing to learn from it and see what she can do better. Even if it’s being accused of being ‘overtly aggressive’ in a meeting when others appeared to be more so.

That’s the tricky thing about being a strong female leader – you have to think about what battles you choose whereas most men in leadership never consider if they ‘came across to aggressive’.

I’m always focused on what’s best for my team. If that means aggressively standing up for my team because they’ve earned it? I’ll do it every time. I challenge myself to be the best I can be for them but just as important – myself.

It’s this growth mindset that continually drives her to evaluate her performance and be open to times she’s not at her best.

The toughest part is managing the days when I have dips, when I’m not feeling myself. I’ve had to learn to be more forgiving on myself when those days come because it’s natural.

A study showed a set of male and female MBA graduates leaving Ivy league schools where the women earned 75% of the men’s. 100% of the men negotiated for a bigger salary. None of the women even asked. It’s a stark reminder of how I need to speak up more. Whether it’s about my accomplishments in performance reviews or supporting other women in the business.

She recognizes that as a blind spot in herself and speaks up now. It’s amazing how most of us are prepared to do more and ask more for others – than ourselves.

It’s something I try to improve in meetings especially. Something simple like standing up for another woman’s idea in a meeting that’s been claimed by someone else. I’ve seen first-hand how much better collaboration works versus competition.

Be the Leader Now

Rachael is a fantastic example of what an evolved leader represents, and what happens when our team’s fulfillment at work is included in the overall measurement of success.

Rachael made sure to seek out guidance and advice from leaders that inspired her along the way. None of us are islands and you’ll be surprised how reaching out is met with overwhelming positivism and a ‘yes’.

The more people I interview and listen to, all talk about now. If something in this resonates with how you want your team to run, start using it. Even if it’s just four people. Remember – leadership is a verb.

Rachael’s been in leadership roles for 13 years now, it started with her accepting the challenge to lead one person and courageously taking each step into the unknown.

Learning, Growing, Accountability, Mentorship are not just what leaders give – they seek it out too.

We have the chance to set a new benchmark in leadership.

And that starts now.

Rachael Haley is available for coaching and mentoring as she is recognized for high-level problem solving, big picture and leadership ability. 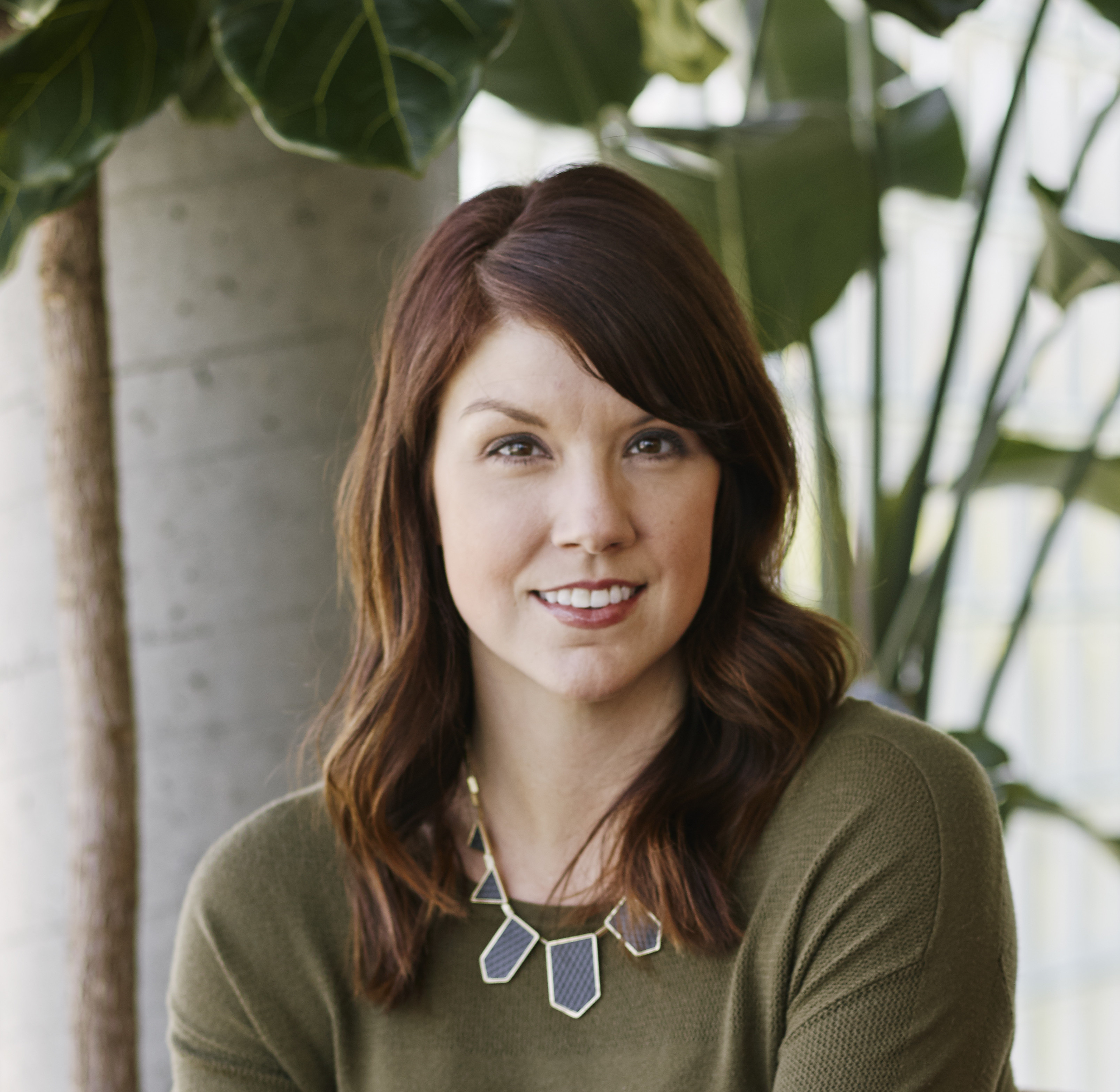 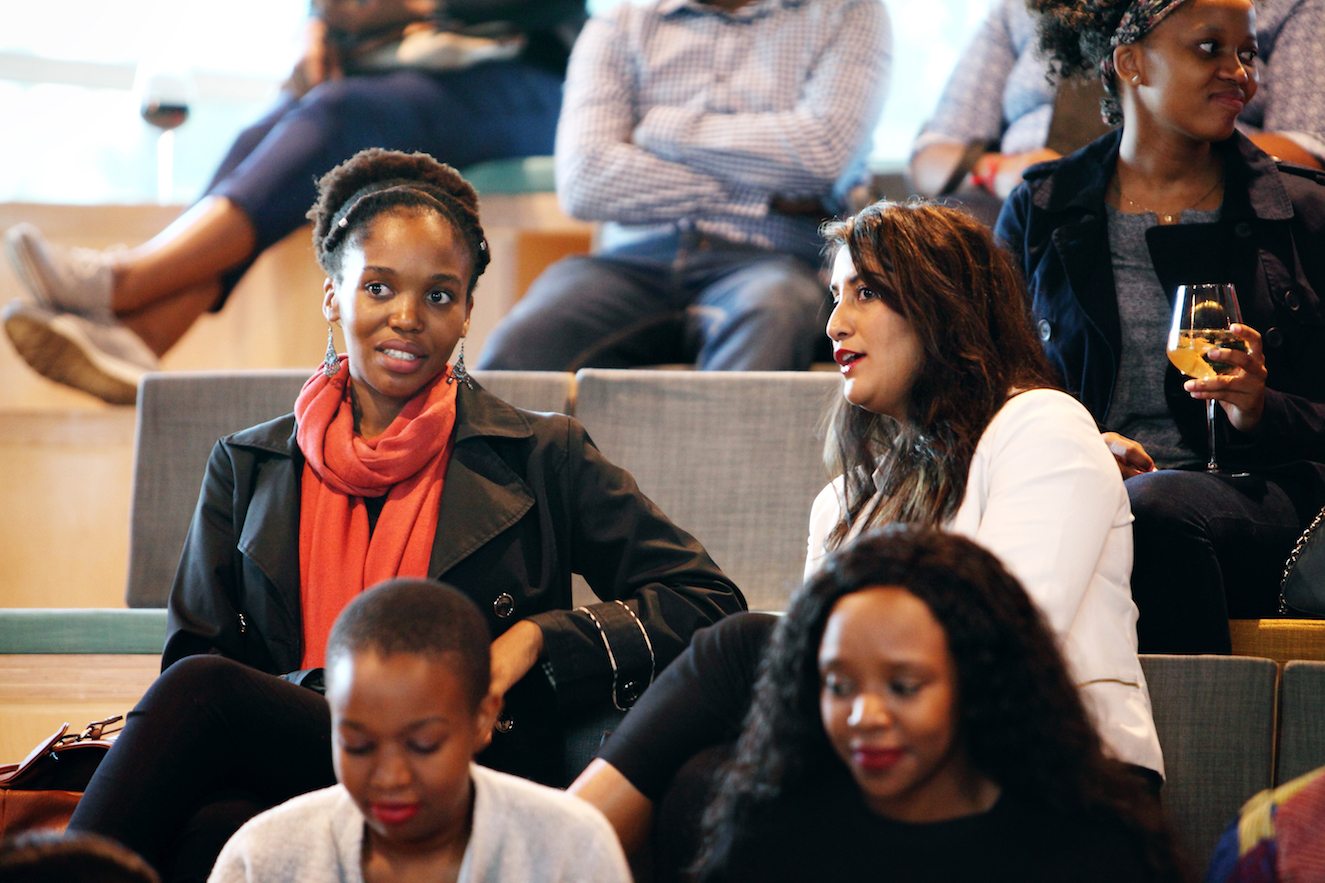 Our big, hairy, audacious goal is for everyone in the world to be a Future Female – committed to and living by the Future Females manifesto.

We aim to increase the number of and success of female entrepreneurs & intrapreneurs, by breaking down the barriers to access the resources they need to be successful.

We will be the go-to destination for the key resources (community, inspiration, education, support) that women need to achieve massive things.

Future Females will provide a space – physically, digitally and emotionally – where women can be empowered and supported to create, to fail and to win.

Future Females was founded by Lauren Dallas and Cerina Bezuidenhout in August 2017 in Cape Town, after seeing the systemic lack of female representation in entrepreneurship and in the existing incubator, accelerator and funding programs that support founders. They wanted to build a platform where female entrepreneurs can connect, be inspired and inspire and feel supported to create, to fail and to win.

The Future Females team now exceeds 200 contributors globally, united by a shared belief that to drive change through technology and entrepreneurship, we cannot have just 50% of the world focused on it. More focus is needed to accelerate the success of aspiring and existing female entrepreneurs and intrapreneurs, and Future Females aims to drive that focus. 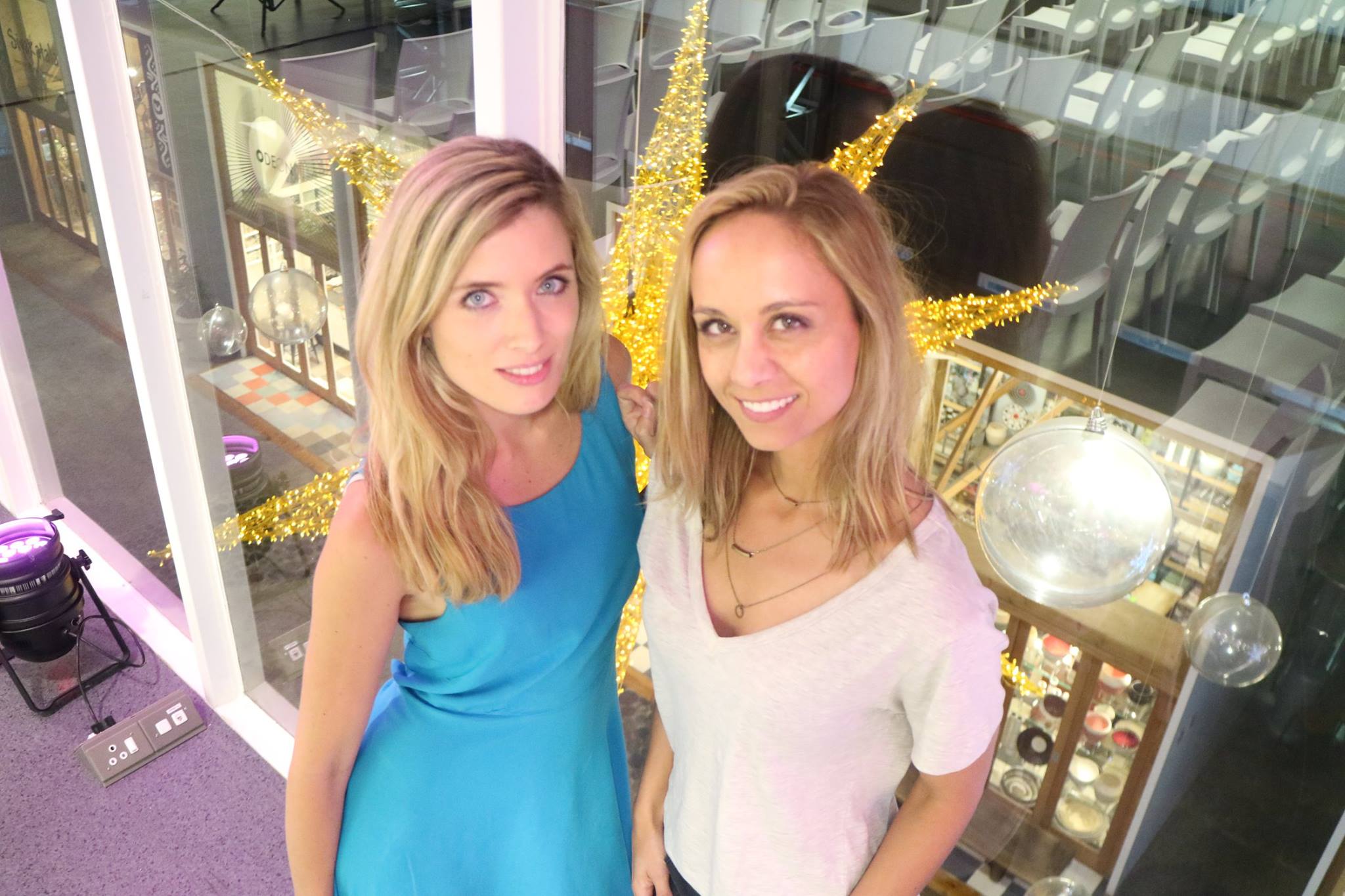 Future Females are entrepreneurs and intrapreneurs, united by a common, unquenchable desire for success, on their own terms. They are women of diverse backgrounds from around the world, who are passionate about business, innovation and creating things.

They set massive goals and achieve these through consistent, imperfect action, to drive positive change and transform the world.

They want more and are willing to work and invest in themselves to get there – they are not interested in excuses and believe that they dictate their own futures.

10X Framework – our offerings are underpinned by a framework that helps members to maximise their four scarce resources – time, money, energy and relationships – to transform their businesses, careers and lives.

Global network – we are a true global community, providing a digital space for women to connect and collaborate across borders.

Inclusive community – we are pro-women, not anti-men, and believe the statistics can only be shifted with both genders focused on it. We welcome people from all backgrounds across all aspects of our community – as members, speakers, partners etc.

Community-driven – we are a co-created business, taking community input on all things including our monthly themes, offerings and markets.

A platform for members – we are a marketplace, where members can gain visibility for themselves and their businesses, to facilitate collaboration and partnership. 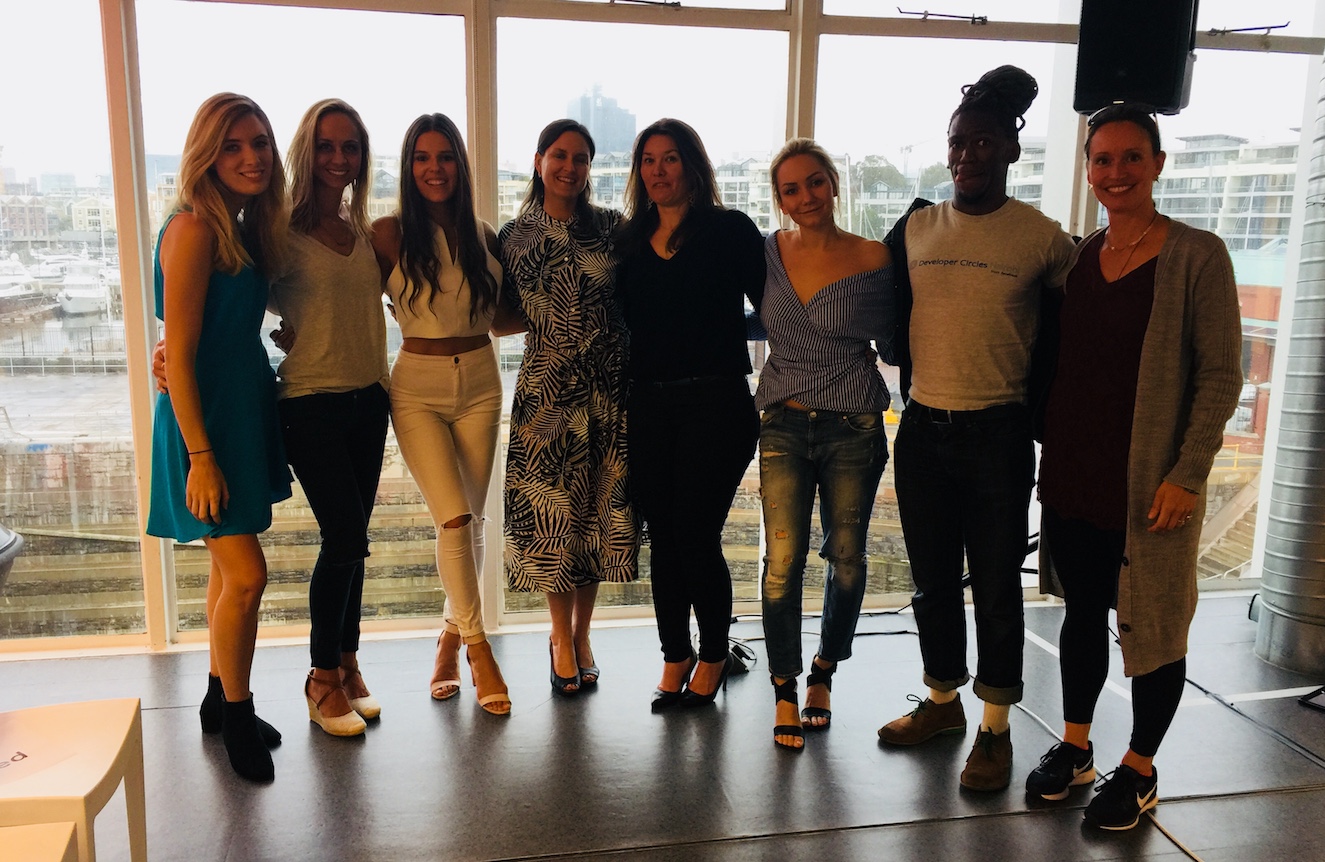